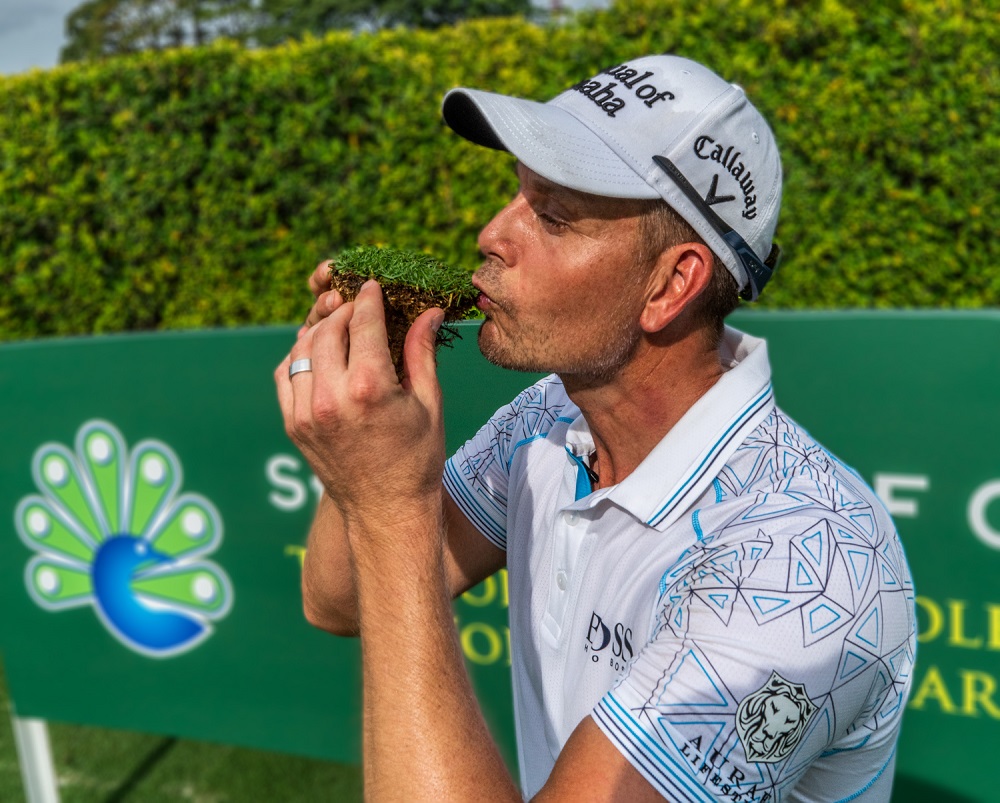 The golfing superstar, who is playing in his second Singapore Open, caught up with the team at Sentosa Golf Club to discuss the role golf can play in stopping the effects of climate change and learn more about their latest environmental campaign, called GAME ON.

It’s an issue becoming ever more relevant for Stenson, who recently unveiled his own golf course design intentions with the opening of a new 18-hole course at Österåker Golf Club, north of Stockholm. 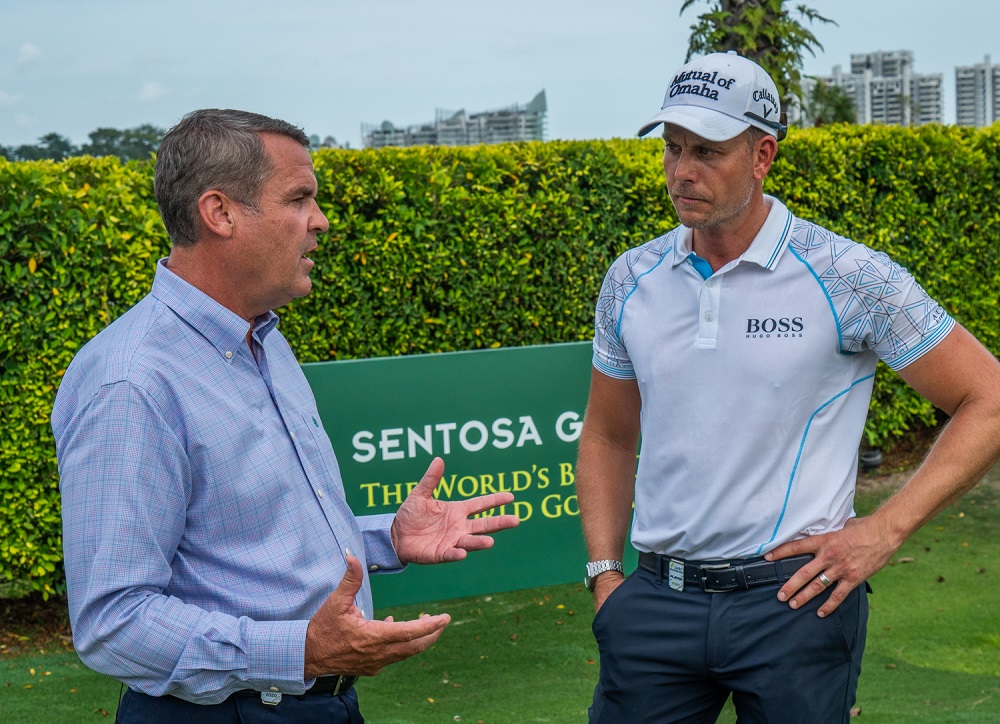 Of the eco-friendly measures he was introduced to by Andrew Johnston, General Manager and Director of Agronomy at Sentosa Golf Club, Stenson was particularly impressed by the club’s plans for a food and horticultural digester, which can grind down waste to be used as fertiliser on the golf courses.

Stenson said, “That’s unbelievable, super impressive. So, when you’re playing your shot and you take a divot who knows what might be in there!

“The water savings through the single head sprinkler system is also pretty neat. It’s a massive saving and something I will definitely consider in my future course designs. At my first course we’re already saving water by carefully monitoring the rough areas we grow up, but there’s potential for loads for more efficiency.”

GAME ON is designed to unite Sentosa with golf’s major stakeholders and the global golfing community to tackle the global threat of climate change. 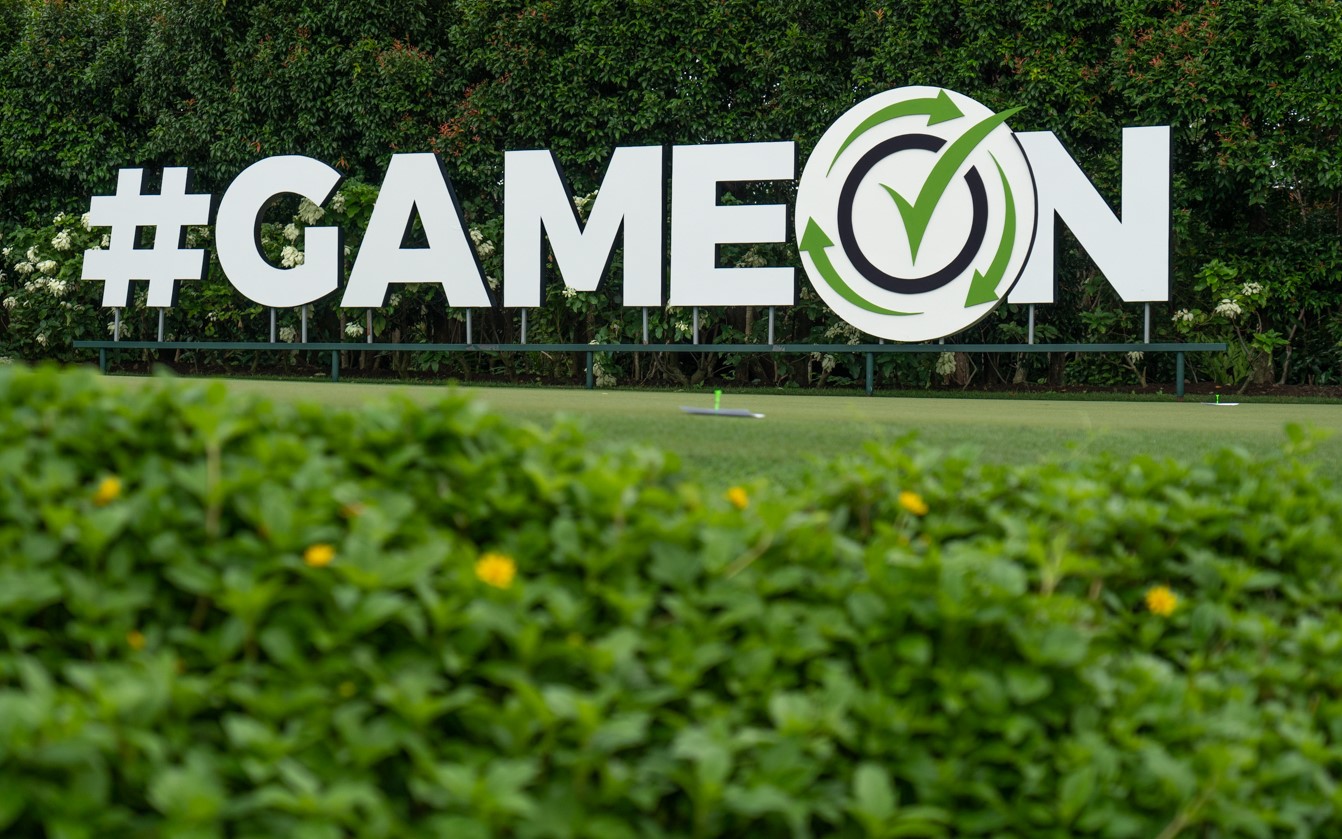 It’s model that aims to educate and inspire the global golfing community, creating a more socially conscious industry and consumer, who will be better prepared to introduce modern sustainability practices that will reduce golf club’s environmental impact, as well as improving the quality of facilities on offer throughout the world.

The model, which will become available in March as a free downloadable toolkit from the Sentosa Golf Club website, has been developed by one of the world’s leading agronomists, Andrew Johnston, General Manager and Director of Agronomy at Sentosa Golf Club, who has more than 30 years of experience in golf operations. Johnston is also one of the leading figures in the golf industry when it comes to sustainability, helping Sentosa to become one of the most recognised eco-friendly golf facilities in the world through the measures he has implemented.

With over 61 million golfers and 39,000 golf courses worldwide, GAME ON will help the industry to unite and work together to reduce golf’s carbon footprints, making it one of the leading industries to help make a difference on climate change.

In recent years, Sentosa Golf Club has increased exposure for its own sustainable initiatives through the development of its #KeepItGreen campaign, which launched at the 2018 SMBC Singapore Open. Under its umbrella, which now includes GAME ON, the club continues to undertake wide-ranging actions to reduce its environmental footprint, both on and off the course. 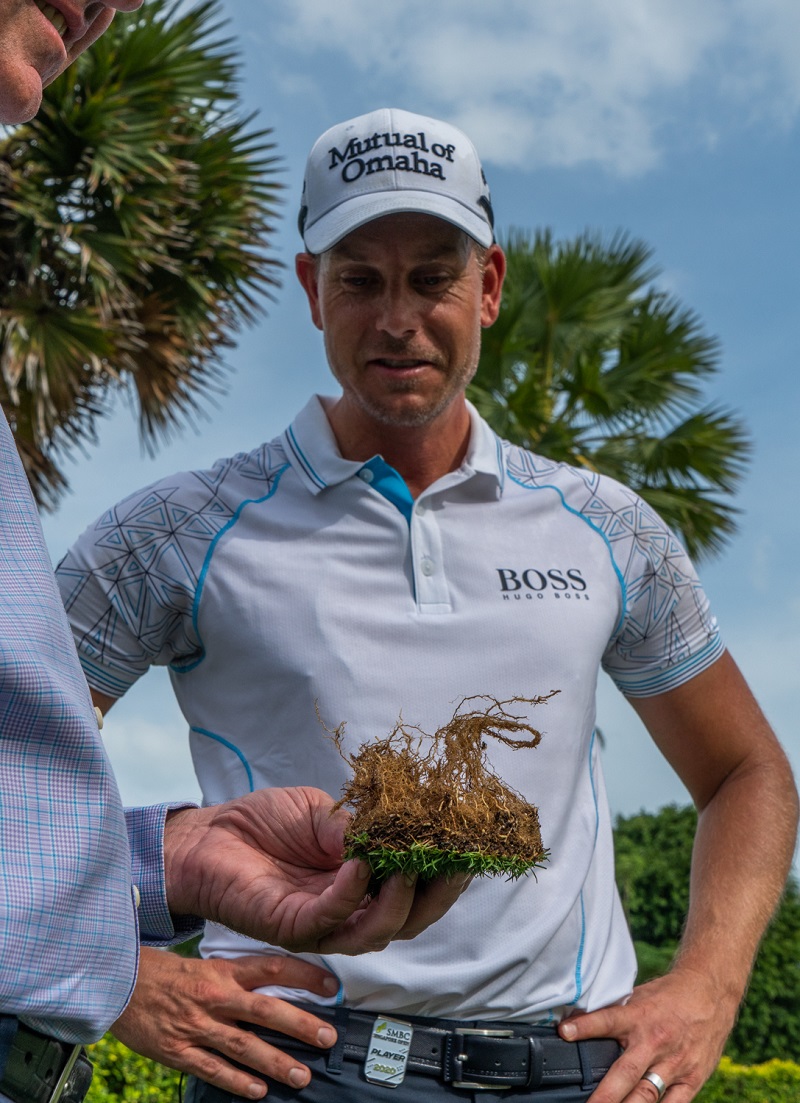 Speaking about the launch of GAME ON at the SMBC Singapore Open, Andrew Johnston, General Manager and Director of Agronomy at Sentosa Golf Club, said “GAME ON will target the relevant issues that both golf and the world faces in its fight against climate change. Sentosa Golf Club is proud to be at the forefront of this campaign and hope to create a legacy with golf’s leading organisations and community that will have a huge bearing on our future. Being able to launch the GAME ON campaign at an event like the SMBC Singapore Open is crucial to allowing us to spread our message to a wider international audience and encourage change within the game of golf. We’ll also hope the GAME ON model will be supported by some of the game’s most influential stakeholders, and we look forward to working with them in the future to assist wherever we can.”

Henrik Stenson added, “Spending time at Sentosa Golf Club this week has definitely made me think more about the importance of sustainability in golf course design. Their campaign is certainly inspiring the world of golf to front up, take action, and play its part in stopping the very real threat of climate change. This sport should act now, and I’d say it’s very much game on for the golf industry.

“Some of the modern-day sustainable practices implemented here by Andrew and his team are mind-blowing. I’m impressed with their willingness to share this knowledge through the campaign, educate and inspire others. Many of the measures are so simple, which I can take and utilise for my first golf course design, and the ones I have planned for the future.

“What the club is doing here deserves huge credit and praise. They are at the forefront of the golf industry and an example to us all with their green agenda. It’s amazing to see a golf club so dedicated and committed to making an impact on the world stage.”