Yamaha recently launched their newest iteration of their RMX (Remix) line-up with the RMX 2020 range. In their process of designing the latest range, Yamaha went back to the drawing board to create a whole RMX 2020 range from scratch with an emphasis on maximizing distance. This motivation resulted in Yamaha’s latest BOOSTRING technology being implemented in the RMX 2020 drivers, woods and utility clubs whereas the RMX 2020 irons were improved through the use of new materials and changes in manufacturing methods.

On clubs with larger clubheads, Yamaha realized that the deflection points were uneven across the face, which resulted in a loss of energy and prevented maximum ball speed to be achieved. Yamaha’s solution to this is their new BOOSTRING technology which is a ring-shaped vertically oriented rib near the face. The rib limits deformation of the clubhead which evens out deflection across the clubface and results in a reduction of energy loss and increased ball speed consistently. 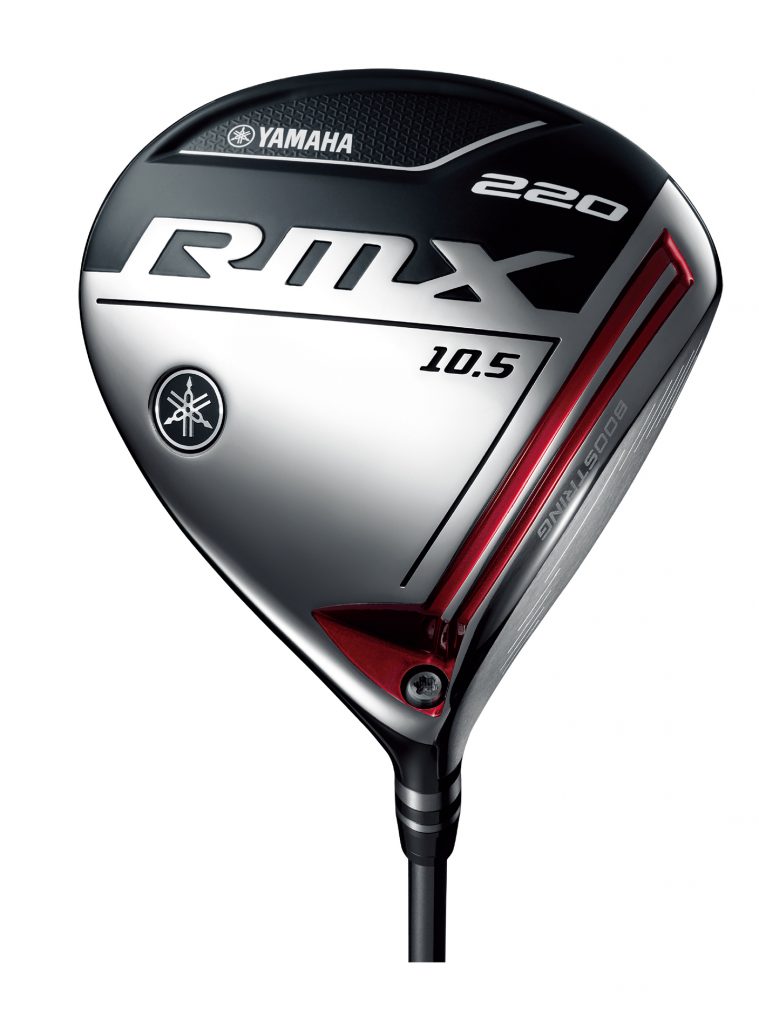 Yamaha’s new RMX 220 driver is equipped with Yamaha’s new “BOOSTRING” Technology which results in higher ball speeds for more distance. The RMX220 driver has a very high MOI which is close to the upper limits of the current MOI rules in place now. The high MOI in the RMX 220 makes the head Yamaha’s most stable RMX driver in history.

On top of this, the new RMX fairway wood and utility clubs have improved sole designs from the previous iterations, which helps with their sole interaction. The clubface is now shallower in order to close the distance between the centre of the clubface and the hitting point of the golf ball. This change also helps to increase ball speed.

Yamaha has also concentrated the weight of the sole to both the face and rear of the clubhead in order to achieve the maximum MOI in their class which results in improving the stability of the club.

The new RMX 120 irons are Yamaha’s high-performance tour model irons which combine workability with forgiveness and distance. Unlike the annealing forging used in the RMX 020 irons, the RMX 120 irons are made of Chromium-Molybdenum steel which is an extremely workable steel in the way it hardens through the casting process. The properties of this steel make it possible for the golf clubs to be designed with thinner, more lightweight faces that enable lower centre of gravity and improved repulsion. Another advantage of the steel is that the hardness is similar to soft-forged steel and allows for the same adjustments to be made.

Yamaha’s RMX 220 irons are the most forgiving, long-distance in their RMX 2020 line-up. The RMX 220 features a thinner sole and face for higher repulsion and longer distance. The clubface on the RMX 220 also has varying thickness across the face to ensure off-centred shots are still forgiving without loss of distance.