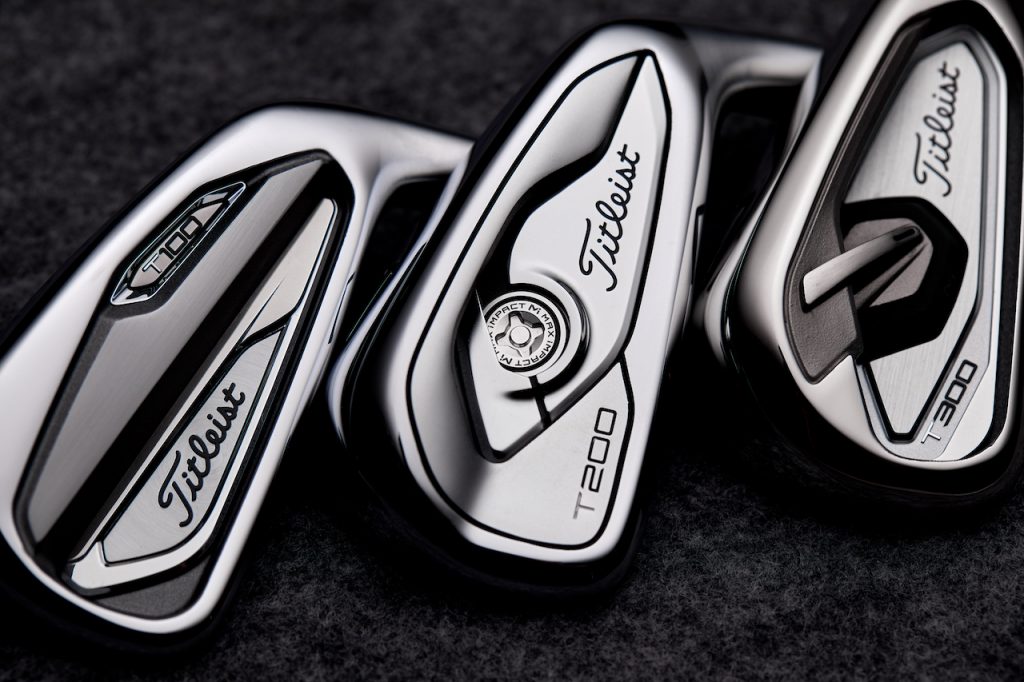 The engineering ingenuity that has made Titleist the longstanding #1 iron on the PGA Tour delivers three strikingly new iron designs as part of the Titleist T-Series – available for fittings beginning Thursday, Aug. 15 (and in golf shops from Aug. 30).

Powered by breakthrough technology – including Max Impact for maximum speed and distance control across the face – the new T-Series T100, T200 and T300 models offer a combination of power, performance, playability and feel unlike anything Titleist has ever designed:

“The T-Series represents a revolutionary step forward in Titleist iron design and technology,” said Josh Talge, Vice President, Titleist Golf Club Marketing. “Our Club R&D team is nearly six times the size it was when the first AP iron was introduced 11 years ago. It’s because of that ongoing investment that we’ve been able to make such significant breakthroughs in materials and construction, and learn how to package those technologies into constructions that offer the look, sound and feel that players expect from a Titleist iron.”

“There are three key elements to hitting a great iron shot: distance, dispersion and angle of descent,” said Marni Ines, Director, Titleist Irons Development, Golf Club R&D. “T-Series technology helps players carry the ball longer and hit their number more consistently, even when they don’t make a perfect strike. Dispersion is tighter, so the ball stays on target. And trajectory is optimized, so the ball not only lands on the green, but stays there. Length means nothing if you don’t have control.” 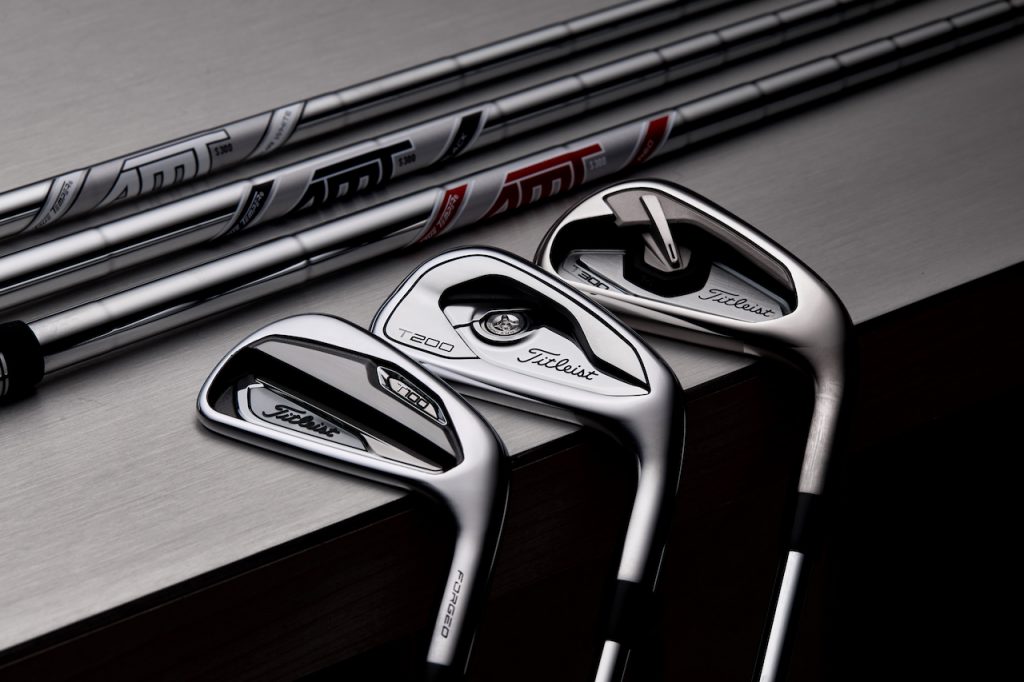 INTRODUCING MAX IMPACT
T200 and T300 irons are powered by Max Impact Technology, a striking innovation that extends maximum speed across the entire face of mid and long irons while preserving superior sound and feel. A super thin face is backed by a unique polymer core – developed in partnership with Titleist Golf Ball R&D – to provide consistently better distance from every swing.

“Max Impact allows us to make thinner, faster faces that push the limits of iron ball speed,” Ines said. “With this system in place, we’re able to take our materials and make them thinner and faster to maximize speed across the face, and help give us the launch angle we need to deliver more consistent distances on every swing. In other words, you’ll end up with more shots that hit the green – and stop there.

“Being able to rely on the material expertise of our Golf Ball R&D team, we were able to build a polymer core with properties that not only deliver the resilience we needed for speed performance but also sound dampening that helps us dial in the preferred feel for each construction,” Ines said.

FREE TRIAL & FITTINGS
Beginning Aug. 15, golfers can experience the performance of new T-Series irons by attending a Titleist Fitting and Trial event (including Titleist Thursdays). To find an event, or book a free T-Series iron fitting with a Titleist Product Specialist, golfers can visit  https://www.titleist.com.my/golf-club-fitting

T100 PERFORMANCE & TECHNOLOGY
The player’s iron, T100 is masterfully designed to achieve new heights of tour-level precision with signature Titleist feel. A result of direct tour player feedback – including Jordan Spieth, who put a full set in play at the Open Championship – the T100 is for the player who wants to play a true Tour iron.

“With T100 we wanted to build an iron that delivers incredible performance and perfectly suits the player’s eye,” Ines said. “This is a precision product. It’s not about hitting it the furthest, it’s about hitting it that exact distance each and every time, being able to work the ball when necessary and having that pure look and feel that the best players in the world demand.”

T200 PERFORMANCE & TECHNOLOGY
T200 is the player’s distance iron, with Max Impact technology subtly integrated into a shape that satisfies the discerning eye. With T200, players gain the distance they want without sacrificing looks, feel, trajectory or stopping power.

“When you have a face technology like Max Impact, it becomes doubly important to balance the construction with high-density tungsten to achieve the high MOI you need to keep the club stable at impact,” Ines said. “Having such high MOI properties at our blade lengths allows the iron face to return more energy to the golf ball on off center shots and produce more consistent distances. If you don’t have a high MOI, you’re not going to get the full benefits out of your face design.”

T300 PERFORMANCE & TECHNOLOGY
The player’s improvement iron, T300 is powered by Max Impact technology to extend maximum speed evenly across an extremely forgiving mid-sized face. T300 is designed for the player who wants high launch, long distance and forgiveness they can trust.

“T300 is the ultimate game improvement iron,” Talge said. “It goes high and far, it’s exceptionally playable and it looks great. T300 has a higher MOI than our prior generation game improvement model for even more distance and forgiveness. From address, you’d never believe how much technology is built into this iron.”

T SERIES ON TOUR
The new T-Series irons made their tour debut two weeks ahead of schedule at the U.S. Open, due to player requests during prototype testing. Cameron Smith and Charles Howell III immediately put sets in play at Pebble Beach, while Justin Thomas added a T100 4-iron. Jordan Spieth, whose feedback was instrumental in the T100 development process, switched to a full set at The Open Championship.

“When I first saw the T100 irons and it didn’t say ‘AP2’ on it, I had to have full trust,” Spieth said. “I’m sitting there saying, ‘Man, I played the same iron that said the same thing on it since 2010, probably earlier.’ But I’ve been playing Titleist clubs since I was 12 years old, and they’ve never led me in the wrong direction and they’ve always gotten better. And the idea of a name change – really an entire change across the board with their irons – is big. But there are big changes.”

Charley Hoffman, Ian Poulter, Scott Stallings and CT Pan are also among the more than 20 PGA Tour players who have put the new irons in play, as T100 is poised to quickly become the most played iron model on the PGA Tour.

which provides lighter long iron shafts for increased launch and speed and heavier short iron shafts for control in specific weight ranges matched to the target players for T100, T200 and T300.

In addition, Titleist offers an industry-leading number of custom shaft choices, many at no upcharge.