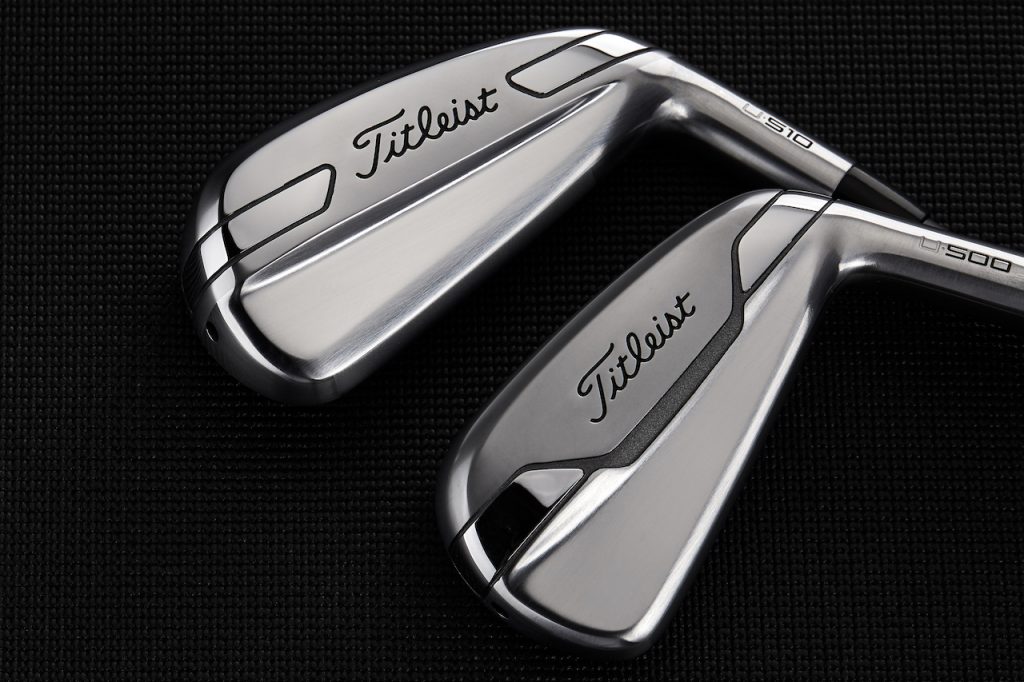 The new Titleist U Series utility irons offer two unique models – U•500 and U•510 – designed to expand a player’s shot options at the top end of the bag. Called “utility irons” for a reason, the new U•500 and U•510 models produce more distance than a standard iron and less spin than a hybrid – delivering that one shot a golfer needs precisely when it’s needed.

• The U•500 is the player’s utility iron designed for superior shot-making. The extremely versatile, low loft utility features a compact shape that delivers high launch with a soft landing and precise distance control.

• The U•510 provides hybrid-like performance in a forgiving, muscular iron shape. The high-launching, easier-playing utility offers a larger, wide-sole design for consistent shot-after-shot performance. U•510 creates such a powerful combination of distance, launch and forgiveness that Titleist engineers were able to create a 16-degree 1-iron that is very playable from both the tee and turf. 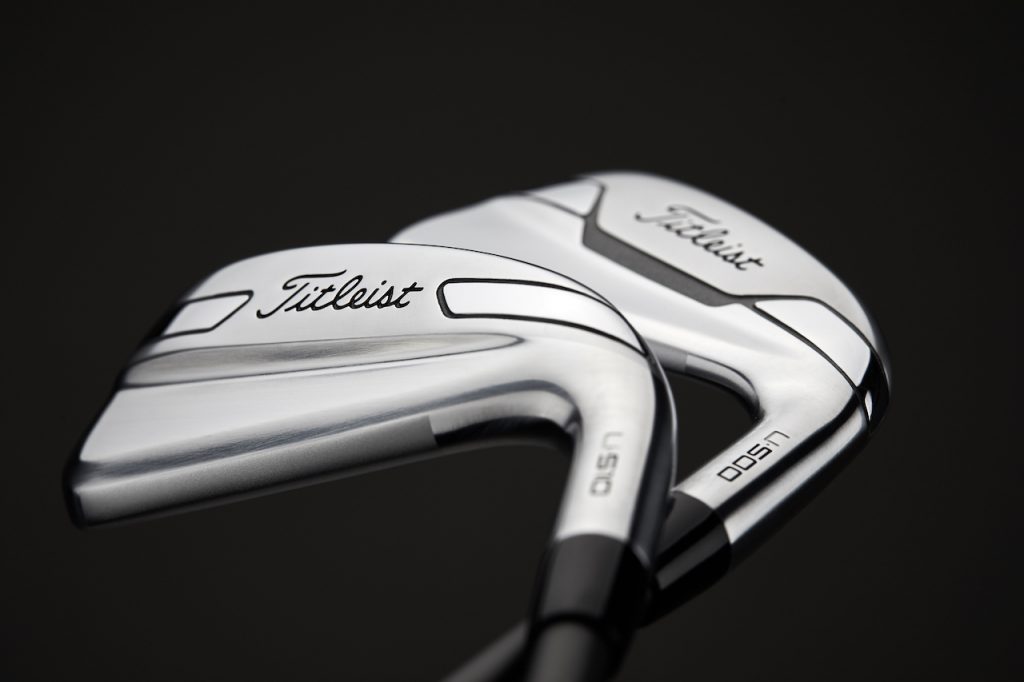 Already the most played utility irons on the PGA Tour – and in the bags of Adam Scott, Jordan Spieth and Jimmy Walker – the new U Series utilities will be prominently on display this week at the Open Championship, where U•500 and U•510 will be the #1 utility iron models in play at Royal Portrush. 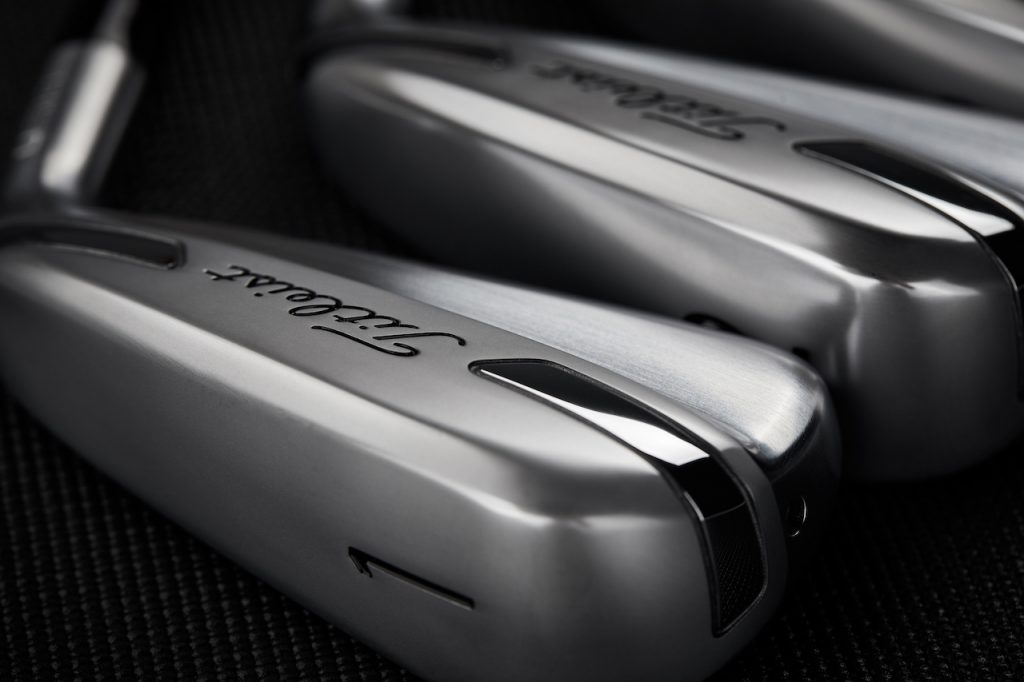 FREE TRIAL & FITTINGS
Beginning Aug. 15, golfers can experience the launch and speed of U Series utilities by attending a Titleist Fitting and Trial event (including Titleist Thursdays) being held across SEA. To find an event, with a Titleist Product Specialist, golfers should visit www.titleist.com.my/events .

U•500 TECHNOLOGY & PERFORMANCE
The U•500 is a highly technical utility iron with a compact shape that delivers versatility, speed and precision distance.

• Strategic High-Density Tungsten Weighting (98 grams on average) produces a low CG for increased launch with trajectory control, and a high MOI for balance and stability through the shot.

“U•500 is the incredibly versatile utility iron that tour players have been asking us for,” said Marni Ines, Director of Iron Development, Titleist Golf Club R&D. “It shares a similar size and shape to our prior generation T-MB iron, but has been completely reimagined to give players specialized long iron performance. It’s faster, launches higher, lands softer, and feels better through impact. As you go up in the set and down in loft, everyone eventually can use help with launch. But from what we’re seeing on tour, it’s a club that can be hit almost as high as you want or as low as you want, and players are really gravitating toward that versatility.”

U•510 TECHNOLOGY & PERFORMANCE
The U•510 is a muscular, wide-soled utility iron that provides hybrid-like performance with incredible forgiveness.

• The Larger, more forgiving blade features a wide sole that promotes easy launch from the tee or turf.

• Strategic High-Density Tungsten Weighting (95 grams on average) produces a low and deep CG for maximum launch with shot-stopping control, and a high MOI for stability and forgiveness.

“U•510 is the launch king,” Ines said. “The larger shape and wide sole allowed us to place the tungsten weighting so that the CG is lower and further back than any iron we’ve developed – and what that translates into is a lot of launch angle. The ball just gets up and out and goes. It’s a very stable and forgiving golf club, but it’s got that extra forgiveness in terms of launch. During our consumer testing, golfers couldn’t believe the shots they were hitting with a 1-iron or 2-iron – they would just turn around and smile.”

STOCK GRAPHITE SHAFT
The stock setups for U Series U•500 and U•510 models feature will feature graphite HZRDUS Smoke Black 80 (mid-low launch, low spin) and Tensei AV Blue 70 shafts respectively at +0.25”. Graphite shafts in utility irons continue to grow in popularity on the PGA Tour as they allow for more speed and launch, enhancing the performance of the utility.

Every stock hybrid and iron shaft (steel and graphite) in the Titleist matrix – including the shafts soon to be offered on the new Titleist TS hybrids and T Series irons – is also available for custom order at no upcharge, offering players a multitude of options to dial in their performance.

WHAT PLAYERS ARE SAYING

• JIMMY WALKER: “My 3-iron is hot and fast. It launches high, but I can still hit bullets with it. And when you set it down, it’s a lot more forgiving than staring at my blade.”

• ADAM SCOTT: “I mean the height advantage of this club, you just can’t compare. Golf clubs are geared for speed now, so when you know have the speed, you’re really looking for the control, you’re looking for that balance – and that’s what this club gives you.”

AVAILABILITY
Titleist U Series U•500 and U510 utility irons will be available worldwide on Aug. 30, 2019, at Titleist authorized golf shops. MAP RM1,132