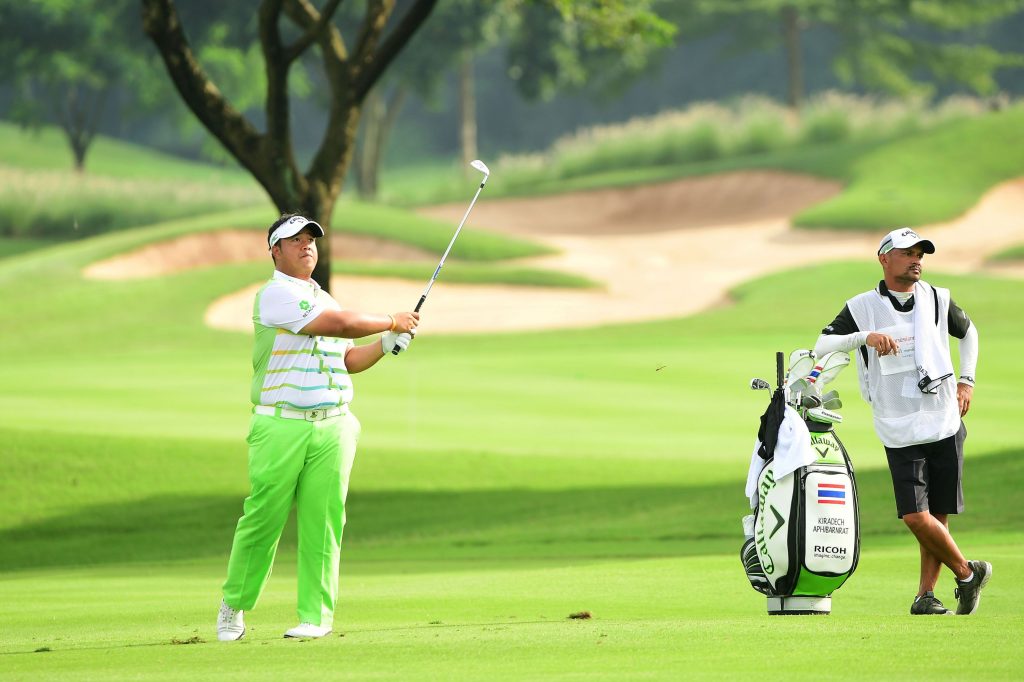 Like his love for fast cars, Kiradech Aphibarnrat’s career is on the fast lane and is heading in the right direction.

Currently occupying 30thon the Official World Golf Ranking, the big-hitting Thai finished tied 44that the recently concluded Masters Tournament which was his second appearance at the Augusta National Golf Club.

The former Asian Tour number one struggled to improve on his tied 15thfinish when he played at The Masters in 2016 but his results in the last eight months is nothing short of remarkable.

In September last year, Kiradech was ranked 160thin the world but after two runner-up finishes on the European Tour and a victory at the Thongchai Jaidee Foundation on the Asian Development Tour (ADT), Kiradech gave himself a fighting chance to break into the top-50 in the world.

He needed at least a top-five result at the Asian Tour’s season-finale at the Indonesian Masters and it came down to the 72ndhole when he sank a clutch 20-footer eagle putt to finish in tied fifth place!

His performance at the Indonesian Masters was even more amazing considering that he battled through a back injury.

“I was talking to my parents during the (weather) suspension and they told me to give up. They said it is not worth it to play in this pain. There are always other chances to qualify for The Masters. I wanted to follow their advice but I decided to fight on so I’m very proud of what I achieved today,” said Kiradech after the final round of the Indonesian Masters.

Kiradech did not rest on his laurels despite qualifying for all the Major tournaments in 2018. In February, he won the ISPS HANDA World Super 6 Perth and accepted an invitation from a prince to play on the Asian Development Tour (ADT) where he dominated the Richard Mille Brunei Championships.

In his two appearances at the World Golf Championships, Kiradech secured tied fifth results at the WGC-Mexico Championship and the WGC-Dell Technologies Match Play where he was beaten by eventual winner Bubba Watson in the quarterfinals.

At the age of 28, Kiradech’s popularity has grown immensely in the last few months. Fans enjoy watching him blast his drives and his friendly demeanour and quirky answers make him a favourite among journalists.

I remember one of his best quotes during an interview:

Interviewee: “Kiradech, what’s your weakness in your game?”

Kiradech: “Nothing. My game is perfect (laughs).”

It is difficult to argue with Kiradech on his answer and given his current form, we can expect bigger things to come for the Thai in 2018 and beyond.

Doyle is the Asian Tour’s Senior Communications Manager and he is based in Kuala Lumpur. He is immensely passionate about Asian golf and has been writing about the sport for over 10 years.