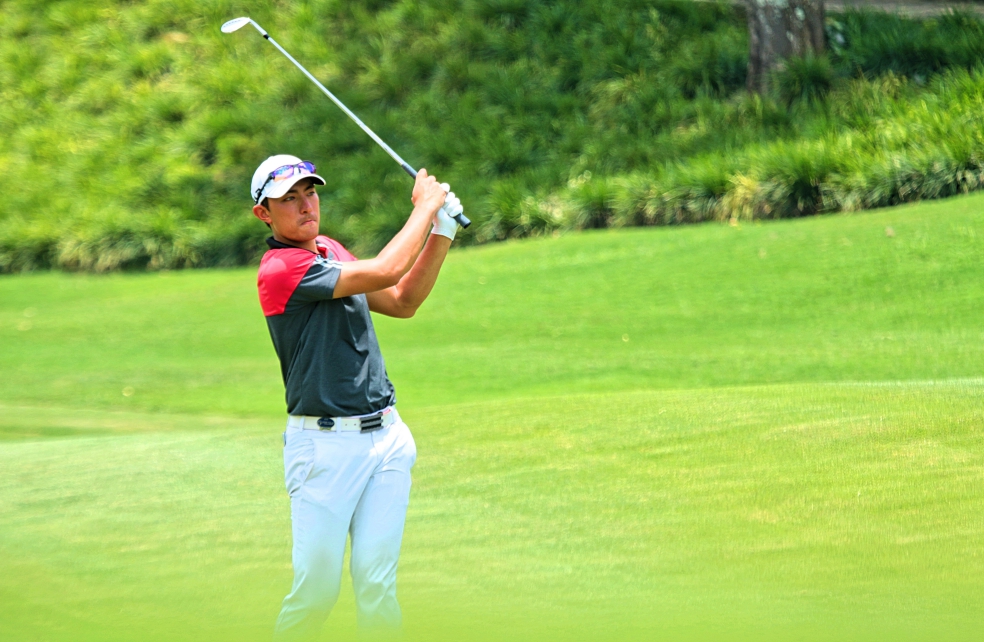 The first three months of 2018 have been exciting ones for golf in Indonesia. As the new season starts to roll, Indonesian golfers are beginning to show a competitive spirit amongst themselves and against regional-international players.

While it’s true that we didn’t have great stories happening at the Asian Tour Qualifying School in January, we’ve seen great form from Danny Masrin as he posted his best finish in a co-sanctioned event at the SMBC Singapore Open. For the first time in his professional career, he came into contention at an Asian Tour event. Though eventually, he had finished T12, his best finish, it had a significant impact as the tournament is considered a big event on the Asian Tour.

The mentality and the skills are there, but Danny always talks about consistency. He knows his game well and knows what to do when coming into any golf tournament. He said after his Indonesia Open campaign last year, “I came to win a tournament, not just make the cut.” And that was convincing confidence from the 25-year-old, which is quite rare and unheard off among Indonesians.

Then came his campaign at the Asian Development Tour, the Richard Mille Brunei Championship in early March. A 65 in the opening and closing rounds put him on T4. That performance helped him capture his sixth Indonesian Golf Tour (IGT) title at Gunung Geulis Country Club East Course. With six titles Danny is the most successful player on his local Tour.

While Danny is enjoying his rise in form, his compatriot, George Gandranata has also started his local campaign as a winner again. After a successful season in 2017, when he captured Player of the Year 2017, George featured strongly at the 1stSeries of IGT this year to secure his fifth IGT win. 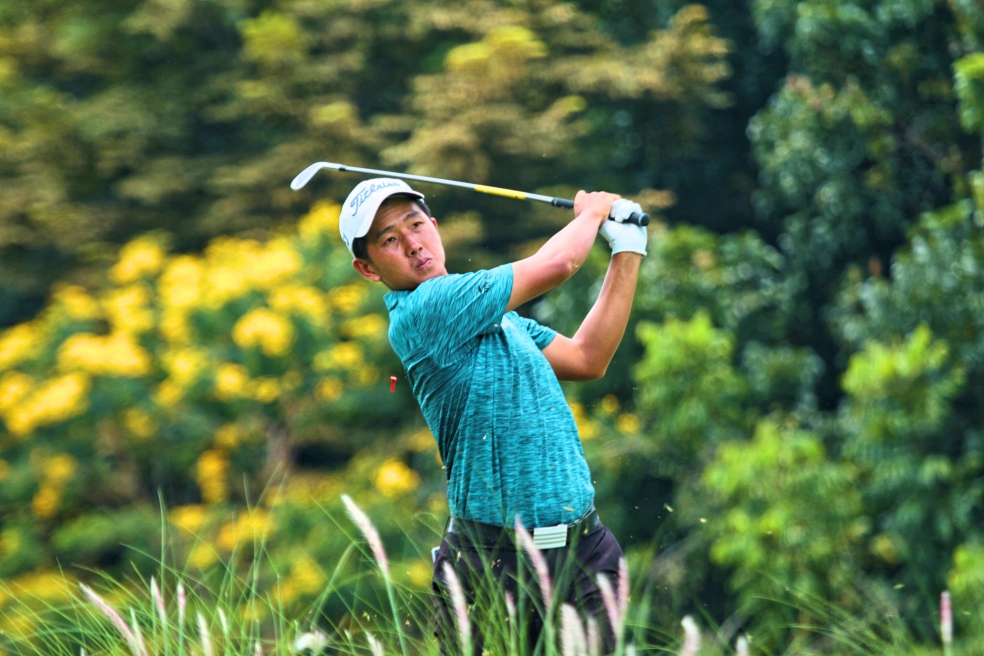 The win was not an easy one. He knew that luck was on his side when a miscalculated move by Danny Masrin, his closest competitor, on hole 16 helped George to move a stroke ahead from Danny to take the lead. But playing a course that was considered long for him, and to be able to come out victorious is definitely a class act.

Last year, Gandranata opened up, admitting that he almost ruined his game in search of longer distance from the tee. Following his successful season in 2014, he became obsessed with distance and started to build himself up to hit the ball even further to compete on the highest level. But it cost him too much.

Without a win in 2015, he claimed the 2016 PGM LADA Langkawi Championship, the first Indonesian to win on the Asian Development Tour (ADT). Nonetheless, he kept struggling on the local Tour, and that win was his only win in 2016. But 2017 was a better year where he improved himself with two local titles, and thus captured the Player of the Year title.

It is also interesting to see how well his game is progressing right now. Though after winning the 1stSeries of IGT, he seemed to take a step back on the 2ndSeries but came back into contention at another ADT event, the OB Golf Invitational. Obviously, we will never know what might have happened if the event was played four full rounds, but George posted a top 5 finish, proving that he is still one Indonesian golfer to watch.

However, he said that his focus this year would be on family as he prepares for his marriage later this year.

”Golf is not everything; it is just part of life. We have to have other things to do and getting closer to God as well. Every problem will be solved if you are closer to God and I truly believe that!” said the 32-year old.

Lately, more Indonesians have started to play on the ADT and even on the Philippines Golf Tour. Such name like Adrian Halimi, Fajar Win Nuryanto, and Joshua Andrew Wirawan who finished T6 at Brunei has started to create waves that will encourage many to follow their footsteps.

But when something turns well, there is also a sad story. Indonesian golf lost one of the most natural players’ we’ve ever had – Andik Mauludin – in early February due to over-exhaustion.  Just 37, Andik was one of the most talented players’. He was one of those self-taught players who taught himself to play golf.  He worked with a Korean teaching pro, Sim Sanghoon at the Sim’s Golf Academy. According to Mr. Sim, Andik had one of the best natural swings he had ever seen. 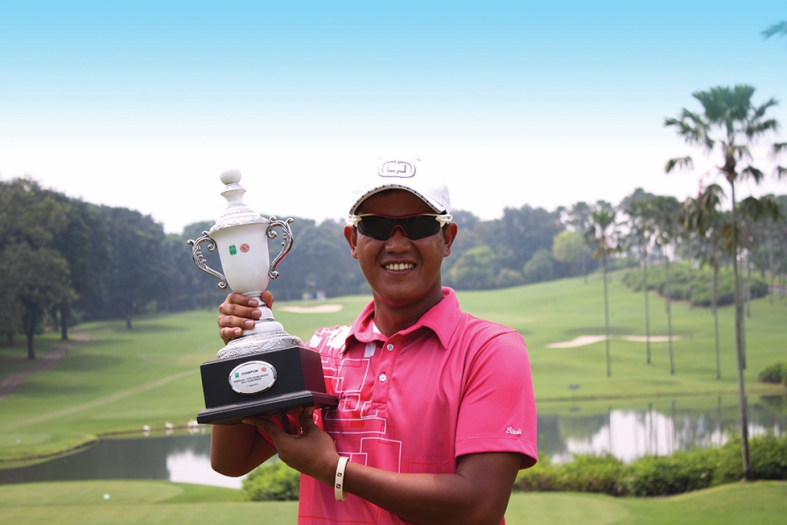 The highlight of his amateur days was his famous victory at the Jakarta Golf Championship where he up against one of the top players’ at that time, Maan Nasim. He also qualified to represent Indonesia at 2005 and 2007 SEA Games. Along with Hardjito, Suprapto, and Benita Kasiadi—son of Kasiadi, the only Indonesian to win the Indonesia Open, Andik won a bronze medal for Indonesia.

He turned pro in 2008 and became the only Indonesian to make the cut in several big events like the Indonesian Masters and Indonesia Open. His final win came in 2014 at the Emeralda-Citra Sembilansatu Golf Tournament.

Andik, it seemed, had played a round of golf and even given a lesson and went fishing before eventually collapsing. Andik’s case is tragic and a costly learning experience for any golfers to be aware of their physical condition. It’s is a sad time for Indonesian golf, but the ball has to keep rolling, and the new generation will rise and find this lesson very important for their careers.

Raka Kurnia became a golf journalist in 2011. He swung a golf club for the first time in 2013, and is still struggling. He was entrusted to be part of panelist team, and was the only Indonesian journalist to do so for the 2014 Asian Tour Special Achievement Award. Apart from golf and real life, Raka also enjoys the world of fiction. Currently, he is Executive Editor for Golf Asia Indonesia.