The Young Golfing Master of India 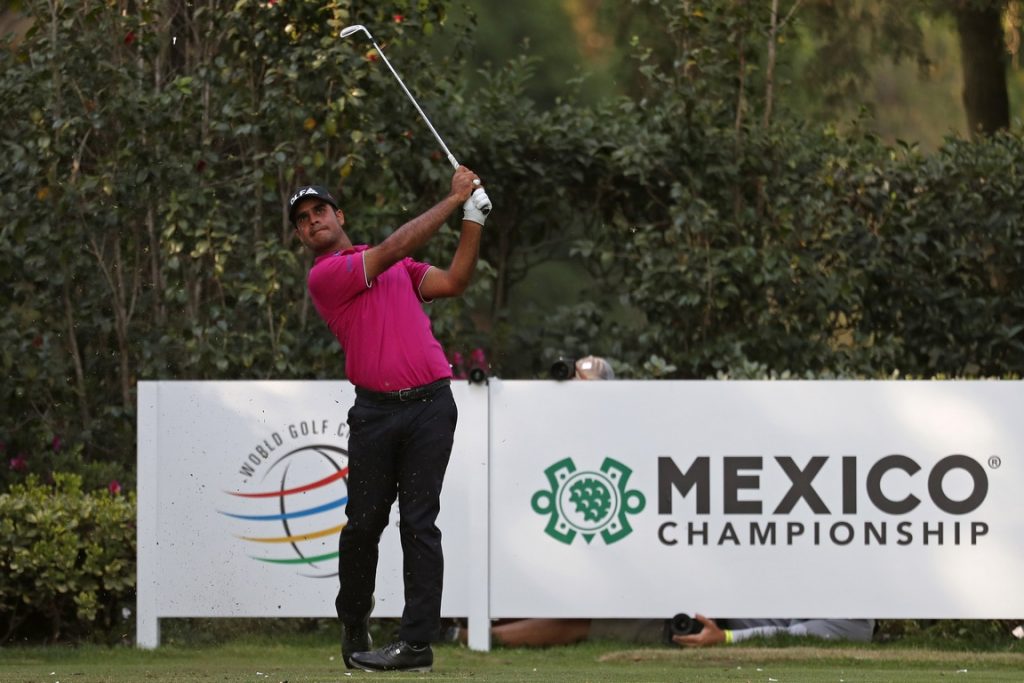 MEXICO CITY, MEXICO – MARCH 03: Shubhankar Sharma of India plays his shot from the 17th tee during the third round of World Golf Championships-Mexico Championship at Club de Golf Chapultepec on March 3, 2018 in Mexico City, Mexico. (Photo by Rob Carr/Getty Images)

The rise of India’s Shubhankar Sharma in the golfing ranks has been nothing short of remarkable. So far, it’s been an amazing journey for the 21-year-old professional who never in his wildest imagination dreamt at the beginning of 2018, that he would be invited to one of the world’s biggest golfing stage – The Masters Tournament.

At 16, Sharma, who was already the number one junior in his country, opted to join the paid ranks, against advice from his peers. Word is, his father Retired Col Mohan Sharma sat him down one day and proceeded to plan the teenager’s professional golfing career. And aside from a few hiccups here and there, Sharma’s rise up the ranks of professional golf has been nothing short of spectacular.

I remember watching him at the 2017 Myanmar Open and was told then that he was an up and coming player to watch in the next few years. Ironically, it has taken only a few short months for Sharma to shed his up and coming tag to arrive in a big way.

Through his country exemption category, Sharma played in several Tour events in 2015 before earning his Asian Tour card in his second attempt at the Qualifying School in 2016.

No one had a clue of what was to come in 2018 after Sharma finished the 2017 season 51st on the Asian Tour moneylist, but looking at his record, one would have had a slight inkling as he had clinched several top-10 finishes in 2017 before winning the Joburg Open in South Africa in December. He was the only Indian in the field, and the win earned him a coveted spot at The Open in July. It was a great moment for the youngster, who was ecstatic at the idea of making his major debut at The Open at Carnoustie. But of course, now he will be making that dream debut at The Masters instead.

“This win is great because it opens so many doors for me. I’m also playing in The Open, so I’m excited about that. More and more players are coming out of Asia and India. You’ve had players like Jeev Milkha Singh, Arjun Atwal, Jyoti Randhawa and Anirban Lahiri. Just seeing them do well inspire us,” Sharma said after the Joburg Open.

In February, at the Maybank Championship in Saujana, he claimed his second Asian Tour and European Tour victory, closing with a 10-under 62 to seal the deal at the Saujana Golf & Country Club, taking home his career biggest prize purse yet of US$500,000 to move at the top of the Asian Tour’s Habitat for Humanity Standings and lead the race to Dubai on the European Tour.

He added, “The last two months have changed my life. I’ve always dreamt of winning, and now I’m a two-time winner on the Asian Tour and European Tour,” said Sharma, who rose to a career-high 72nd place on the latest Official World Golf Ranking (OWGR).”

The two wins on both the Tours also earned him a debut to the WGC-Mexico Championship, where Sharma ranked at No.75 in the world was the youngest player at 21. In an elite field of top-ranked players and major champions, Sharma produced a gutsy performance that saw him lead by two shots in the second and third rounds.

The youngster showed maturity beyond his age to finish joint ninth at the event, earning US$179,667 for his efforts. It also moved him to a career-high 66th place on the Official World Golf Ranking, making the highest ranked Indian player in the world.

Not surprising, Sharma became an overnight sensation in his homeland. Social media went a little crazy detailing Sharma’s golfing exploits. Everyone had something to say about his performances in Mexico and, perhaps a little too much hope was placed on his young shoulders.

Fellow Indian professionals also hailed his performances in Mexico, and though many were disappointed that Mickelson had stolen the thunder by winning thus ending his own winless drought, everyone was appeased and elated when Sharma was rewarded with an invite from Fred Ridley, the Chairman of Augusta National Golf Club and the Masters Tournament.

I am sure, in the years to come, we will be hearing more of this young man’s exploits on the golf course. There used to be a time when we applauded the uniquely talented players from the United States, Europe or even Japan. Today, the tides are changing; more and more Asian players are stepping into the limelight and are able to hold their own on in elite fields. Perhaps the time will come when an Asian player is not mistaken for media personnel, instead be recognised as a professional golfer of equal standing.